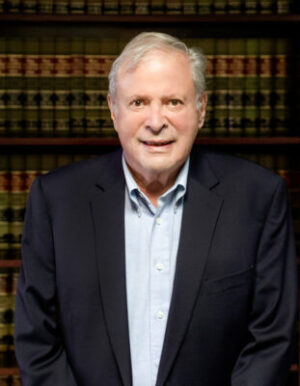 Stanley Feldsott received his Bachelors of Finance degree from California State University, Northridge in 1966. After receiving his B.S., while fully employed in the savings and loan industry as a construction inspector, supervisor of construction fund disbursements, a certified real estate appraiser and loan officer, he attended law school at the University of Southern California Gould School of Law. During law school, he worked full-time as a financial analyst in the banking industry and then as Chief Financial Officer of a publically-traded company. While attending law school, he was a member of the Board of Bar Governors, a scholarship recipient, two-time winner of American Jurisprudence prizes for excellence in land development and conflicts of law. He received his juris doctorate degree in 1969.

Stan has been practicing law in California since 1970. In 1975 he was admitted to practice before the Supreme Court of the United States of America. He is also admitted to practice in the Federal District Court for both the Southern and Central Districts. He is managing partner of Feldsott & Lee, which was incorporated in 1975. For over 50 years, the law firm has been a leader in community association law. The partnership of Stanley Feldsott and Martin Lee is one of the oldest partnerships in Southern California.

Stan was a founding director of the Community Association Institute (CAI), Southern Counties Chapter, and its second president. He was a frequent speaker and author of numerous articles for the CAI. Stan was in the original group of CAI members who were inducted into the Institute’s Hall of Fame. Stan served as Dean of the Legal Section of the Institute’s Property Manager Development program and has taught all of the classes. In the past, he also served as a director of the Coachella Valley Chapter of the Community Association Institute and was involved in the creation of that chapter, as well as the Los Angeles County Chapter and Channel Island Chapter, all of which were originally part of the Southern Counties Chapter of CAI.

Stan holds a lifetime teaching credential from the State of California and has taught in both law schools and the community college system. Stan is best known as one of the top community association trial attorneys and is highly regarded by his peers. Stan has been interviewed and published in many national magazines and newspapers. He has also appeared on local television, national public radio and the David Horowitz show. For over one year he was a regular on a show advising consumers on construction contracting.